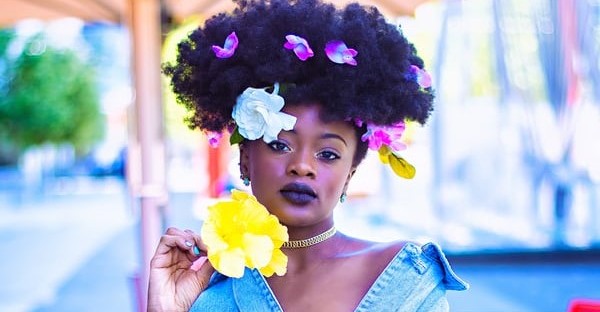 The concept of ‘The hot girl’ came about in 2019 after the release of the song ‘Hot Girls Summer‘ by American rapper Megan Thee Stallion featuring fellow American rapper Nicki Minaj and American singer Ty Dolla Sign.

Why the summer? Because the summer is the time of freedom of holidays, excitement, long drives, long days, short, fast night, flings, and alert for making memories. So, if you are going to live to the fullest and create memories, then summertime is the time to do it.

Why society looks down on the ‘hot girl’

Being a ‘hot girl’ means being yourself before you have to start catering to everyone else.

Though the ‘hot girl’ idea is very visible on social media, it isn’t as accepted as we act like it is. People – men especially- like to act like there is something taboo or unsavoury about the woman who chooses to live her life in this way. They believe this because there is a misunderstanding, particularly amongst men, that the ‘hot girl summer’ is all about sexual freedom. And maybe for some women, it does mean that – and if that is their decision, it’s not anyone’s place to make them feel bad or less than for it. They can do what they want with their bodies.

For many other women, however, sexual freedom is only a small part, if at all, of what having a hot girl summer is all about. For women, particularly millennials, having a ‘hot girls’ time is extremely important for self-identity, growth, and the development of self-esteem. I’ll explain why:

As a young girl growing up in the ’90s and early 2000’s I know, both from my own experiences and the experiences of the women and girls around me, that we grew up with these ideas that relationships with men and boys always had to be romantic. Society sold us the idea that these relationships were the be-all and end-all of our existence. Now, society does not frown on being single for long periods of time, or being career-focused and not thinking about dating or marriage.

But when I was growing up, society convinced us that we would only ever experience true happiness if it came with a man attached. With that in mind, many of us grew up trying to rush into relationships or trying to find ‘the one’ in relationships that were never meant to last, at ages where we should have focused on nothing but ourselves.

Movies, tv shows, and God-awful teen literature trained us to believe that if you liked a boy, your aim with him always had to be a relationship that would last until death did you part. Even if you were 13. Having any feelings or being in situations with a boy always had to end in a relationship. You couldn’t like a boy for liking’s sake – you had to want to be his girl. And God-forbid, you should do anything with a boy and not want a relationship out of it because then you were a sket. And because of this brainwashing, we look down on women who could differentiate between wanting fun and wanting fulfilment. And some people still look down on women for that.

This mindset has been so instrumental to so many lives because it has affected every aspect of our lives and behaviours.

Did you want to stay home on the weekends? Or were you told that it would look bad if you people saw you in a certain environment?

Did you want to be in a relationship with him? Or did you feel you had to because

you gave him your virginity?

Did you want to keep quiet, have a small friend group and let him talk to you all night? Or did you want to go out with your friends, speak up, and be loud?

Because we always want to be the ‘keeper’, we ignored our own desires to have fun, to live selfishly, freely and think for ourselves because the ideal girl, according to the media, wasn’t -for all intent and purposes- free.

So, because of all this background noise, many of us have grown up in a constant state of self-consciousness and self-doubt. The type of good girl that was sold to us was the one who always put others first, who didn’t party, and, most importantly, who didn’t pick and choose between relationships and living for herself. We had to be grateful to be able to get a man’s attention at all, and if we were not hell-bent on trying to keep him, you were the problem. We never stopped think whether any of that was what WE wanted or if it was even good for us.

What’s more, you can see the difference between the millennials that grew up with that mindset and those that didn’t. I have friends who denied themselves nothing when they were young and had no qualms about turning relationships down and focusing on their work and having fun. Now at the ages of 25-27, they are ready to settle down. Meanwhile, I have other friends who didn’t grow up with that mental freedom and are now itching to get out and enjoy themselves without having to answer to anyone.

What happens when you throw culture and religion into the mix?

And while being a ‘good girl doesn’t always mean marriage, for Muslim women, or even women from any culture other than British, marriage is a big part of this discussion. We have all heard disapproval of our parents or aunts when we announce that we’re not ready for marriage or a quiet life yet.

As Muslim women, we know that Islam is half our deen. But in marrying someone, you don’t just gain a part-time lover- you gain a full-time roommate, a whole second family, and a partner in all things – someone in your space, in every aspect of your life. You have to tailor your life to accommodate them. This fact is especially true for women because if children come along, it’s your life that changes drastically, not your husband’s. So even for very religious women, being a ‘hot girl’ for a time is an important step to keeping your identity intact and knowing yourself before becoming consumed in the new life you start creating with and for other people.

The older generation and many men need to understand that in taking this time, this ‘hot girl’ summer, for ourselves, is not about sex or about being ‘immodest’. It’s about doing what we want, when we want, without answering to anyone, like waking up at midday and deciding we want to drive to Kent for a picnic with our friends on a whim and coming back late because we don’t have to wait on anyone the next day. ‘Hot girl summer’ is also about becoming better acquainted with what it is we need to be happy, what we can and can’t tolerate, to make better decisions later in life, about big things, like housing or a spouse.

When you’ve spent years trying to be other people’s version of perfect, you lose a bit of yourself in the process. As a result, you can end up making mistakes that can have a major impact on how your life has panned, and all be because you were too scared to say “no, I don’t like that” earlier. As a result, you end up losing out on moments that should have built your character and been moments you could look back on with fondness.

So, take this time. Take this summer. We’ve all come out of COVID eager to make the most of life and not let any moment pass us by. And most of us are more aware now of what makes us happy and what doesn’t. So now is the best time to have your ‘hot girl’ summer, re-discover yourself and make the memories that you should have been making long ago, before life forces you to change course.

View all posts by Zainabasma